No Outsiders: Why Equality Is a VITAL Thing To Teach Children 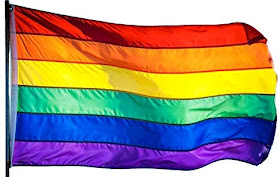 There are certain things we are taught at school: maths, spelling and for a lot of us here in the UK, how to play London's Burning on a recorder.  Parents everywhere must be so incredibly grateful for that one...

And then there are the things we learn without realising: how to share and take turns, that it's okay to ask a question if you're not sure about something and, crucially, that we are all different, but equally deserving of respect.

It may come as a shock to those parents protesting the new "No Outsiders" programme - which features books incorporating same-sex parent families and racially diverse characters, in an effort to teach children that differences are not a bad thing and that everyone is worthy of respect, regardless of gender, orientation or ethnicity - that equality and the celebration of differences has been fundamental to the Primary School curriculum (and Early Years, for that matter) for a very long time already.

Yes, an understanding of what they have in common with their friends and what makes them different and special is a core aspect of what children are expected to have learnt by the time they complete their first year of primary education.  It has been for years.  Why?  Because it's important.  It's important for a child's sense of self that he or she can recognise things they are good at.  Things that make them unique.  It's equally important for a child's blossoming understanding of society as a whole, that they appreciate that not everyone is the same as them and that those who differ are no less special than they are.

Why is it important?  Well, think back to your school days.  Every single one of us can probably remember someone who was bullied for being different in some way.  Perhaps their family had a different set of customs and therefore stuck out.  Maybe there was a child who dressed differently or spoke with an accent unfamiliar to the rest of their classmates.  Perhaps there was one member of the class who struggled academically and fell behind everyone else.  Or maybe they just didn't look "right."

Some of you will look back and realise that that "different kid" was you.  I know that's what I remember when I look back to secondary school, in particular.  And I know what a dreadful effect it had on the rest of my life.  Bullying - which almost always stems from one child seeming to be "different" in some way - results in scars that last long after we leave the classroom.  And so, happily, modern schools have measures in place to ensure that differences, be they cultural, religious, ability-based or surrounding a family dynamic, are celebrated and discussed, so that we teach children that their version of "normal" is not necessarily the same as that of their classmates, and that that is not a problem.  We are all different.  We can all be celebrated.  We all deserve respect.

The trouble over this long-standing programme of inclusion has only sprung up because it now also includes differences in sexuality as standard.  Suddenly, mothers and fathers who were perfectly happy to have little Daisy taught that some children only have one parent, are up in arms over the idea that their offspring might discover - heaven forbid - that some children have two parents of the same gender.

That's it, in a nutshell.  That's what the hoo-ha is about.

Never mind that the 2010 Equality Act already means that things such as discrimination on the basis of gender, sexual orientation, race or disability was already a thing you can't do and that we should be stamping out wherever possible, including in our schools; it took the introduction of the No Outsiders programme to convince protestors that the idea of children learning that gay people exist is  THE WORST THING EVER!!!1!!ONE!!!

And so we find ourselves in a situation in which furious parents are taking their children out of school and forming protests outside these educational establishments, chanting and holding up placards.  We find ourselves living in a world in which some school heads have suspended teaching of the No Outsiders programme, after receiving death threats.

And for any child with two parents of the same gender (or an LGBTQ+ sibling or other relative, for that matter) what is that teaching them?  That they're wrong.  That they're bad.  That they're different and unacceptable.  Is that seriously what we've sunk to?

Many of the protestors are using religion as the excuse for their blatant homophobia.  Many - laughably - are insisting that we don't call them "homophobic," as though the violent insistence that children cannot possibly be taught that LGBTQ+ people exist and are worthy of just as much respect as anyone else, is somehow something other than grotesquely homophobic.  Just as "I'm not racist, but..." almost always leads to an inherently racist sentence, this cry of "we're not homophobic, but..." falls bitterly flat, when followed by the outright denial of children being taught to respect diversity and to show tolerance to those whose lives differ to their own.

We live in a country which allows people religious freedom and goes as far as to protect that freedom.  However, we are a secular nation.  Religious beliefs do not underpin our laws or our school curriculum and nor should they.  As a non-religious person myself, I can say that the existence of God is unproven.  The existence of humans is not.  And those humans have every right to be represented, heard and respected, regardless of their sexual orientation.  There is nothing sinful about being gay, in my eyes.  And to those who believe that being gay is wrong for religious reasons, that is, again, a belief, not a provable fact.  Therefore, we as a broader society - made up of people of all religions, as as well as agnostics and atheists - cannot be held to ransom by those who have chosen to interpret their faith in a way that persecutes the LGBTQ+ community.

Grossly, as a last resort against any kind of tolerance towards the LGBTQ+ community, homophobes will sometimes tell you that if we accept love between two men or two women, we must also accept "love" between a paedophile and a child.  I shouldn't have to make the obvious statement that to conflate consensual love between two adults of the same gender, with sexual abuse between an adult and child is horrific.  I don't know any gay, lesbian, bisexual or transgender person who would ever, ever condone paedophilia.  There is nothing loving about assault and to suggest as much is abhorrant.

Love between consenting adults, however, is and always has been, the most natural thing in the world.

Alongside the parents complaining for religious reasons of course, we have parents who claim to be against the teaching of the No Outsiders programme for cultural or personal ones.  These are the parents who claim that to mention gay people in schools somehow sexualises young children, or exposes them needlessly to something they shouldn't witness.  These are often the same people who disapprove of sex education full stop.  Because everyone knows, if a girl is shown how to put a condom on a banana at the age of 14, she'll be pregnant by 15.  Obviously.

And yet these are often the same people who think nothing of asking a young girl if she has a "boyfriend" at school.  Or of putting a baby boy in a "ladies man" t-shirt.  Children are subjected to an almost aggressive level of heteronormative behaviour that simply never gets questioned, because it's so ingrained in society.  It's okay to joke about two six year olds having to get married, because a boy has held a girl's hand.  But it's not alright to explain that men can marry other men.  Because that's somehow a line we can't cross.

These "you're sexualising/confusing our children" types are often the ones who genuinely believe that "boys are going to be taught that they're actually girls," or that "children are going to be encouraged to believe that they're gay when they're not."  I'd laugh, were it not for the fact that these are real arguments I've had from people who are against the No Outsiders programme and who have clearly not read about it, beyond what they've seen in The Daily Mail.

Having worked in schools, pre-schools and nurseries for 18 years, I have read the curriculum.  Everything that is taught has been adapted by year group, to ensure that it is age appropriate.  The gist of the entire programme is simply: "To teach children about the 2010 Equality Act and British Values.  To reduce vulnerability to radicalisation and extremism.  To teach children to be proud of who they are, whilst recognising difference and diversity.  To create a positive school ethos, where everyone feels they belong."   There.  I took that from the Equalities Primary website.  Note the distinct lack of "To teach boys that they are actually girls and to ensure that all children are made to doubt their own sexuality as much as possible."

And to those who believe that teaching about LGBTQ+ relationships will confuse children?  When my friend's son was around 4, he met my sister's then partner (now wife).  He wasn't remotely traumatised.  He just instantly accepted that my sister loved a woman, then went on with his day.  Children are not born judgemental.  They are taught to be that way.

I am passionate about inclusion and diversity.  I know how vital it is, in order to stamp out extremism and prevent bullying.  I know how crucial representation is for a child who feels different, be it due to their burgeoning sexuality or their home circumstances.  To be told that you are accepted, respected and loved is a basic human right.  To deny that to anyone - at any age - is frankly revolting. 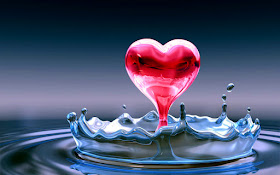 The Early Years curriculum has the core ethos: "Every Child Matters."  This is indisputable, as far as I'm concerned.  Every child does matter.  Every child has the right to be represented.  That includes children of same-sex parents.  Children with LGBTQ+ family members.  Children who, as they grow and develop, may find themselves questioning their own sexuality or struggling with their gender identity.  Not because they've had those issues forced on them, but because not every child grows up to be straight and cisgendered.  For those children, the knowledge that their school has been stopped from teaching that everyone is equal and worthy of respect, regardless of sexual orientation, has the potential to be hugely damaging.  Why should any child suffer, just because a group of loud parents are using religion or outdated "moral values" as an excuse to be homophobic?  And what are these parents "protecting" their children from?  The knowledge that love takes many forms?  The importance of tolerance rather than judgement?

We live in a world in which - finally - same sex marriage is becoming increasingly legalised and accepted.  Yes, we still have countries in which it is simply not safe to be openly gay and that fact shames us as a species.  But we are moving forwards.  We are heading towards a world in which equality really will exist, on a universal scale.  To get there, it is vital that we teach the next generation that love is more important than hate.  That tolerance and acceptance should never be overshadowed by those who fear what they cannot - or will not - understand.

Equality is a vital thing to teach to the world's children.

Drop me a line!